CHL Group Stage Draw on 25 May

The 2022/23 Champions Hockey League season kicks off on 25 May with the draw for the group stage. Follow the draw on Wednesday at 4 p.m. in the livestream.

After completing the line-up of qualified teams for the 2022/23 season, the Champions Hockey League can now announce the seeding for the Group Stage Draw which will take place on Wednesday, 25 May, at 16:00 CEST (broadcasted live on both, the CHL website and on the league’s official social media channels).

The participating teams have been seeded into Pots 1 to 4 according to their achievements in their national leagues and their respective league’s standing in the CHL League Ranking: 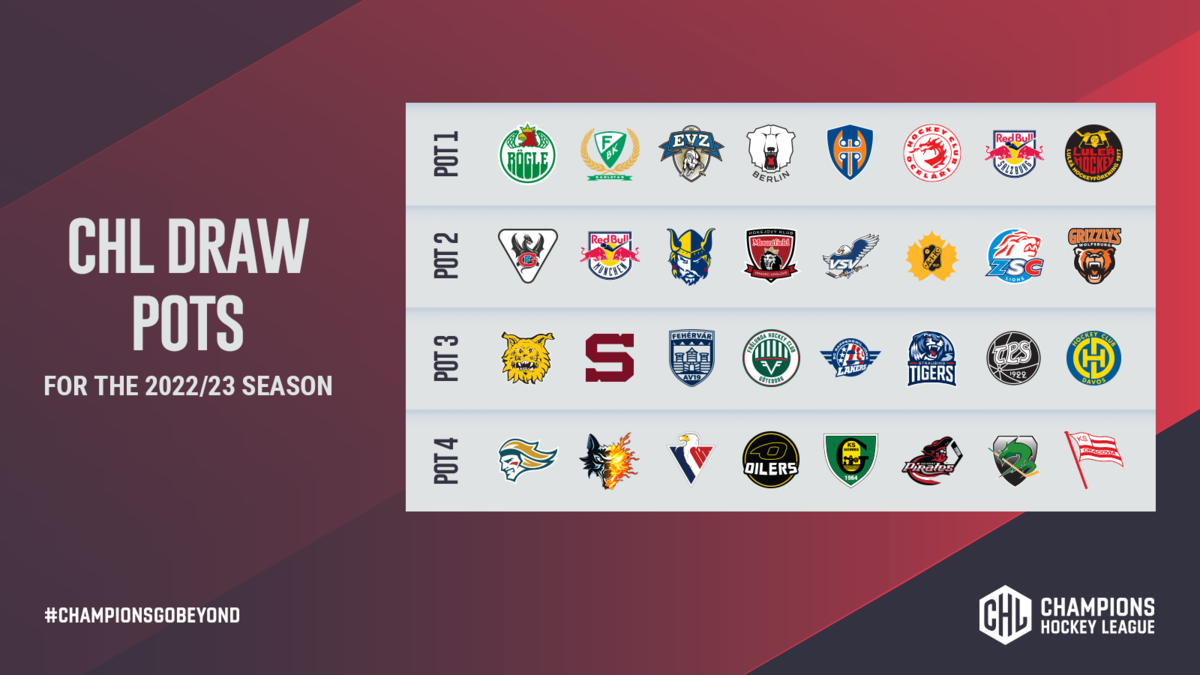 Dan Tangnes "Coach of the Year"

The National League schedule is online!

EVZ at the Red Bulls Salute

Tobias Geisser back to the EVZ