The Swiss player scored 21 scorer points in the qualifying round and thus collected 4,200 Swiss francs for his club's youngsters. In total, the twelve top scorers in the Swiss League earned 248,800 francs for young Swiss ice hockey players.

Yves Stoffel has scored 12 goals and 9 assists in 35 qualification games. This makes him the EVZ Academy's PostFinance Top Scorer 2020. In the Swiss League, every goal and every assist is worth 200 francs. With his 21 scorer points, the unerring Swiss player has thus earned 4,200 francs for the juniors in his club.

248,800 francs for the youngsters
With a total of 252 goals and 370 assists, the twelve PostFinance Top Scorers in the Swiss League have earned a total of 124,400 francs. This amount will be donated in full to the clubs' junior departments. As every year, PostFinance is doubling the money earned this season and investing CHF 124,400 in the Swiss junior National Teams thanks to the Swiss League Top Scorers.

More than CHF 6 million for young Swiss ice hockey players
The heart of PostFinance beats for young people. With the PostFinance Top Scorer, more than 6 million francs have already been invested in young ice hockey players since the 2002/2003 season. And at the beginning of March 2020, when the National League qualifying round is over, this amount will increase by a substantial sum. Since 2008, PostFinance has also been organizing the national school tournament, the PostFinance Trophy, which once again this season has provided over 2,000 children throughout Switzerland with a playful way to experience the joy of ice hockey. 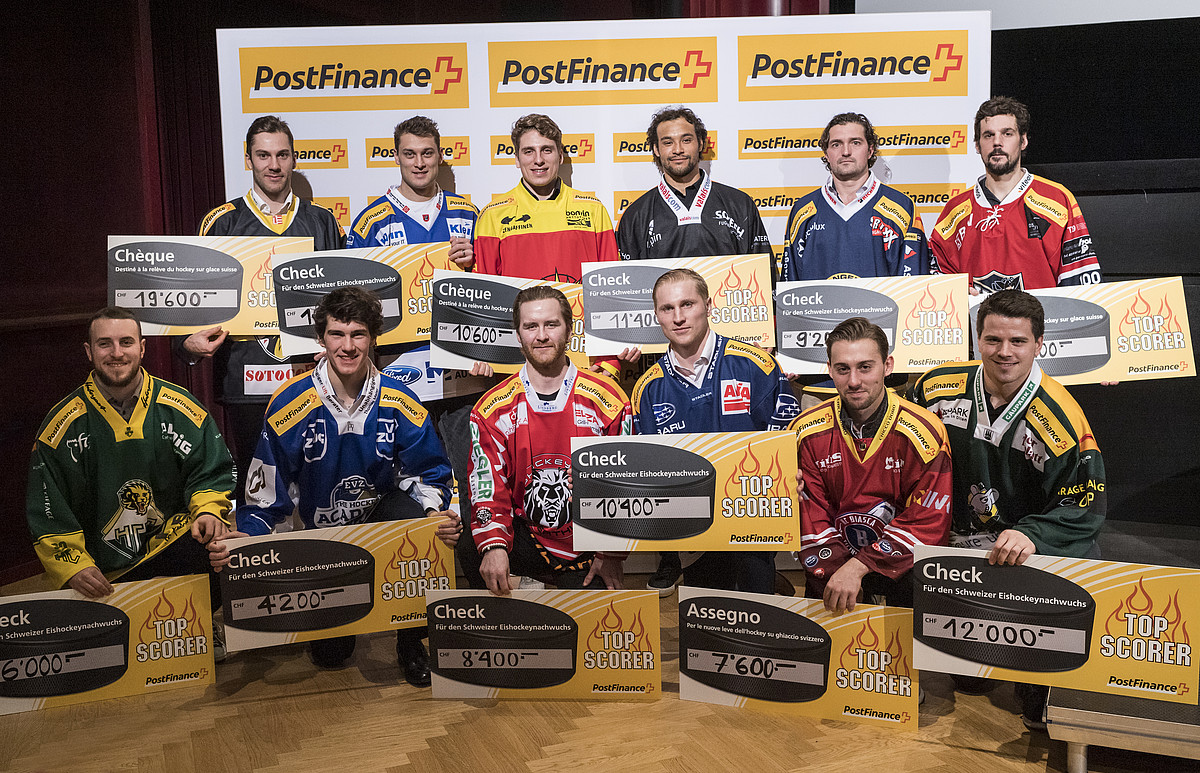