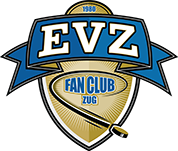 The EVZ fan club Zug was founded in 1980 in Steinhausen. The purpose of the fan club is to support the first team and the EVZ juniors as well as traveling together to the away games. 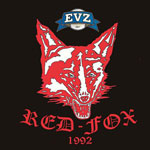 The fan club "Red Fox" was founded in 1992. The aim of the club is to support our EVZ at the games and to maintain good friendship among the club members throughout the year. 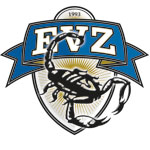 The fanclub Black Scorpion was founded in 1993 and is located in the Küssnacht region. 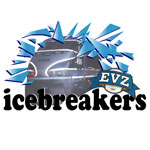 The idea of this fan club is to show our support for EVZ at their games as well as meeting up for social gatherings on or next to the ice through the season. 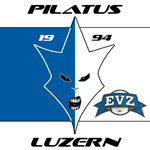 On 25 May 1994 the fan club Pilatus Luzern was founded in the restaurant Wichlern in Kriens. Members were recruited with great enthusiasm, meetings were arranged, patches were produced, and a 4.25 m2 flag was produced. Thanks to new members, sponsors as well as selling logo patches, the 1st official meeting took place in May 1994, in the riding hall in Eschenbach. Not long after, they became acquainted with other fan clubs and friendships were made with the Glärnisch fan club as well as a fan club in Lausanne (North Vaudoise section). 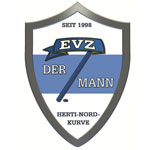 The fan club "der 7. man - Hertinordkurve" was officially founded in autumn 1998, before that it already existed one or two years unofficially as ""Action Committee"". The reason for this was that the founders wanted to set themselves apart from the existing fan clubs because they thought they were getting old and sluggish. The aim of the this club was to diffuse the lack of support that had stated to show within other fans. They got new timpani drums which were supported with a loud trumpet. There were also many conversations held in order to encourage the fans to be more active again. One can say that “Der 7. Mann“ was one of the leading fan clubs for several years, when it comes to the overall mood and feeling within the group of fans. Since the original members have grown a little older, they now leave it to the younger generation to keep the emotion and never-ending support within the fans. Nevertheless, they are still here making their contribution to support EVZ. In addition to going to the games, there are some members that help as officials and are actively on hand when help is needed within the association. 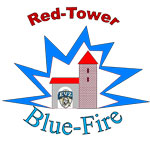 The EVZ Fanclub Red-Tower Blue-Fire Rothenthurm is the youngest fanclub and has only existed since December 4, 2012, when the fanclub was founded by three members during the drive to an away game in Fribourg.

The EVZ Fan Club section Arth-Schwyz was founded at the beginning of the 1987/88 season. As the fan community shifted in the years rather towards Arth-Goldau, the board decided to change its name to EVZ Fanclub Arth-Goldau. With the blue fanclub jackets, among other things in the first row of seats above the standing ramp, most of us have already noticed. In addition to going to the home games, the club visits an away game together every season. Their events include, a Fondu evening and they also do a summer barbecue with the families. They also just reintroduced their Rigi weekend at the end of every season.

The EVZ Fan Club Bündnerland, founded in Chur in 2000, consists of around 40 Bündners and homesick allies who support the EVZ in good and bad times. In order to achieve this goal. Members of this fan club have no problem commuting to games; from just a 3 hour trip, to traveling across Europe they are always at the home games. You can find them at all home games; they are usually on the side of the standing ramp next to the guest player's entrance, sitting near their friends from the Red Fox fan club. One of their many events throughout the year, is their meeting in Chur. Which is followed by a drink or the "ship breakfast" on the beautiful Zugersee. 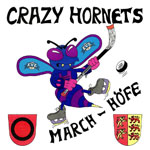 For several years some young Engelbergers within the EVZ fan clubs have been supporting and regularly visiting the EVZs home and away games. The EVZ fan club "Blue Boys" was founded in 2013, in the legendary "Spindle" in Engelberg.

Cozy get-togethers before, during and after EVZs games.. One away match per season will be attended together. Further events will be held during the season / year. These are often tied to home matches during the season.

Fancar
Forum
Newsletter
Your web browser ist outdated.
The web browser you are using is no longer supported.
Please download one of these free and up to date browsers.
Why should I use an up to date web browser?